With a signature unwavering demure smile and a humble posture, Rami Kadi is a designer that can be described as experimental, progressive and driven by passion. After a decade, measured by meters of tulle and millions of hand-sewn sequins, the designer brought his world of couture dreams to Cairo in celebration of his 10 year anniversary. 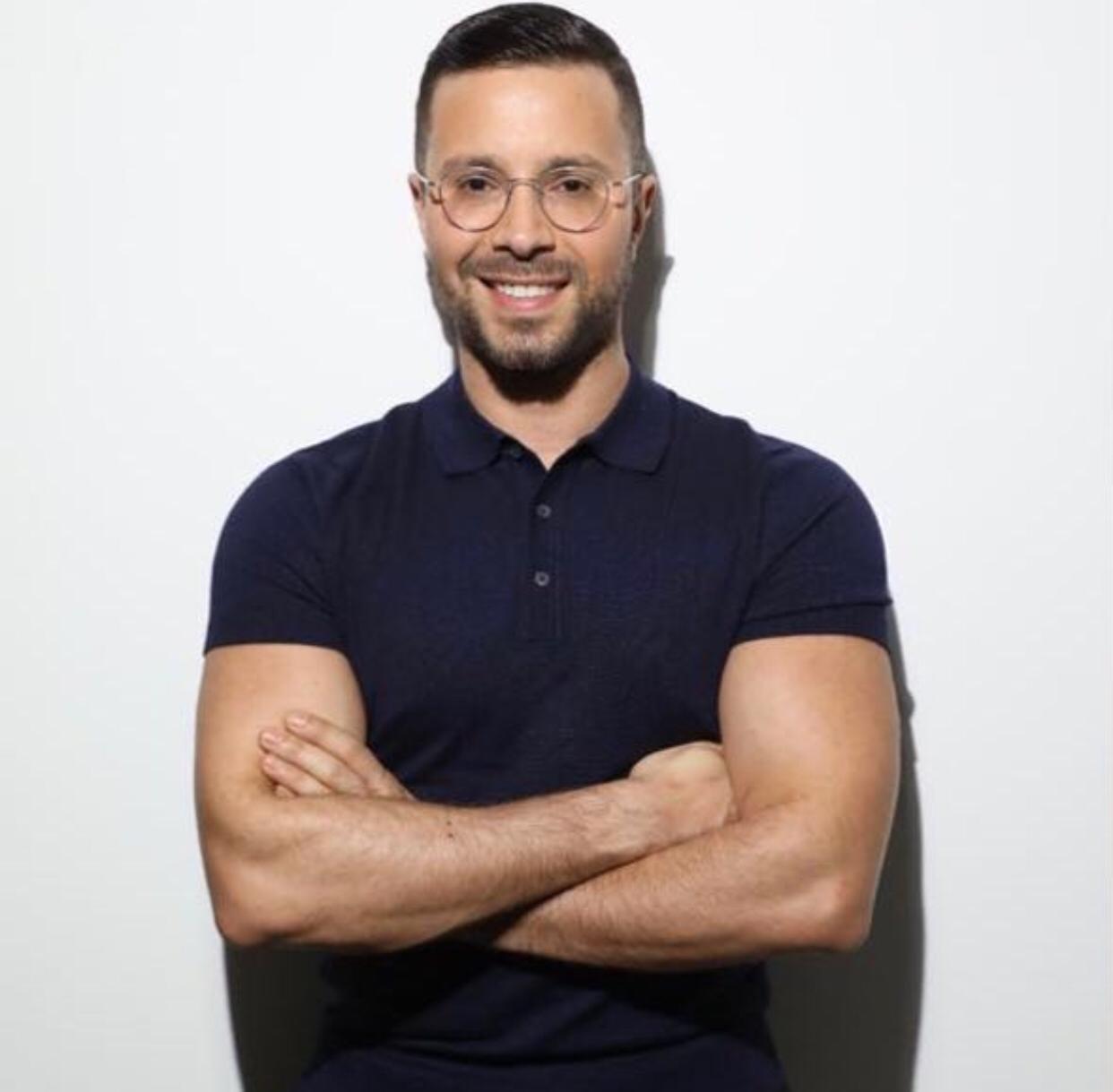 The star-studded celebration attracted a much-deserved hype. Met with undivided attention and flickering mobile cameras, the designer’s selected handful of creations walked down the minimalistic runway; guiding the crowd down the maison de couture’s memory lane. Taking place at Walk of Cairo, the retrospective event treated the designer’s local base of fans to an exclusive runway show as well as a curated exhibition. Dreamy and illuminous, the chosen gowns reminded the audience of Kadi’s interpretation of beauty and strength. Juxtaposing grand silhouettes with airy feathers and accurate hand embroidery, each dress affirmed the designer’s knack for details and desire to empower his starlets. 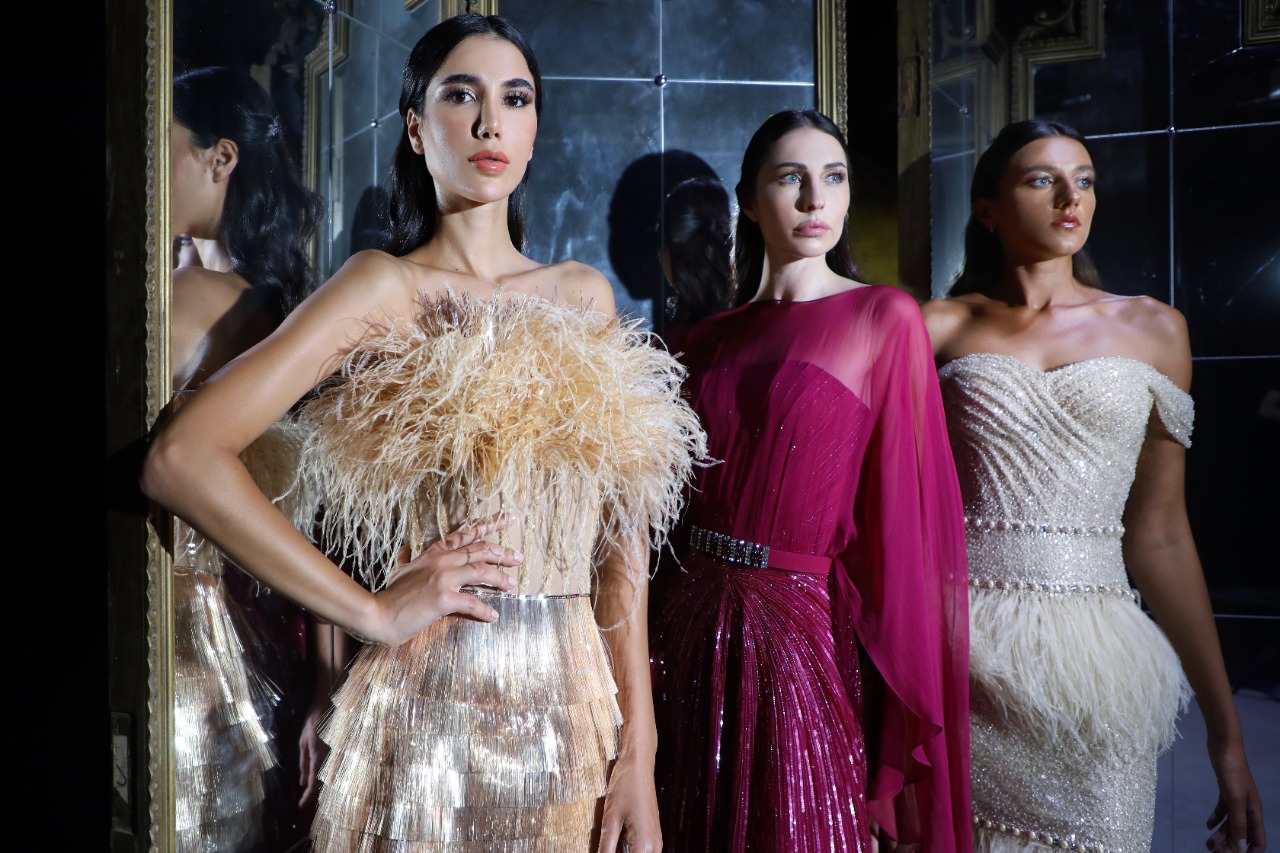 “Retrospective 10 is a celebration of our 10 year anniversary in the industry. The fashion show is followed by the edition, which is a tour through the past decade – where I started, the first red carpet dress, my iconic pieces, and signature prints.” The designer continues “Cairo is booming now across the Middle East when it comes to fashion in specific; it is the place to be. When I came to see Walk of Cairo, I fell in love with the architecture and the overall modern vibe, I could regard them as an honest representation of my aesthetic. Naturally, I decided to celebrate this milestone of 10 years here.” 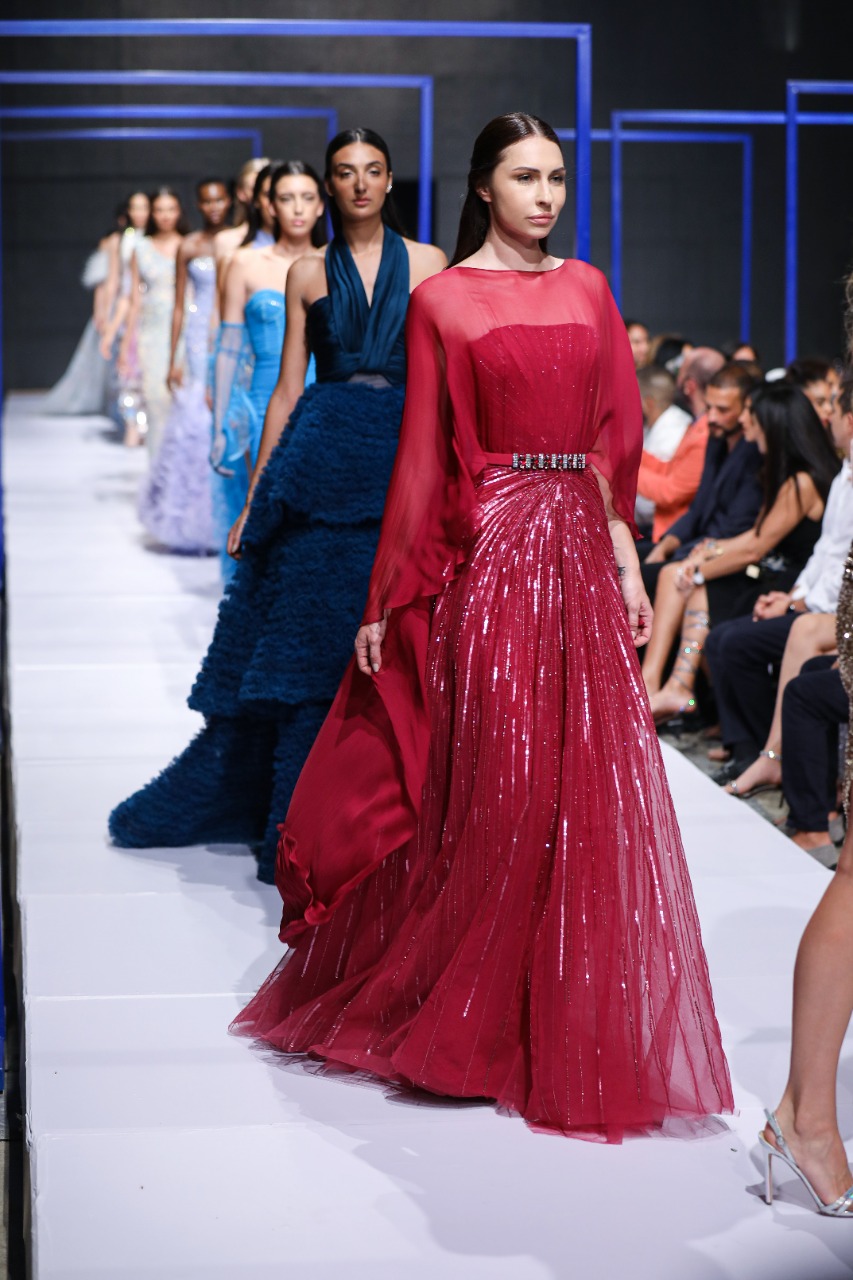 At 35, Kadi is a regional designer who has managed to cement his positioning on the global map of fashion. His designs have been the choice of many trendsetters including Kendell Jenner, Cindy Bruna, Michelle Rodriguez, Jessica Jung, Rita Ora, Nadine Labaki, Dorra Zarouk, Najwa Karam and Myriam Fares amongst others. Proving that hard work and resilient passion are the foundation of success in the competitive world of fashion, the designer first entered this industry armed with nothing but a desire to manifest his raw talent. 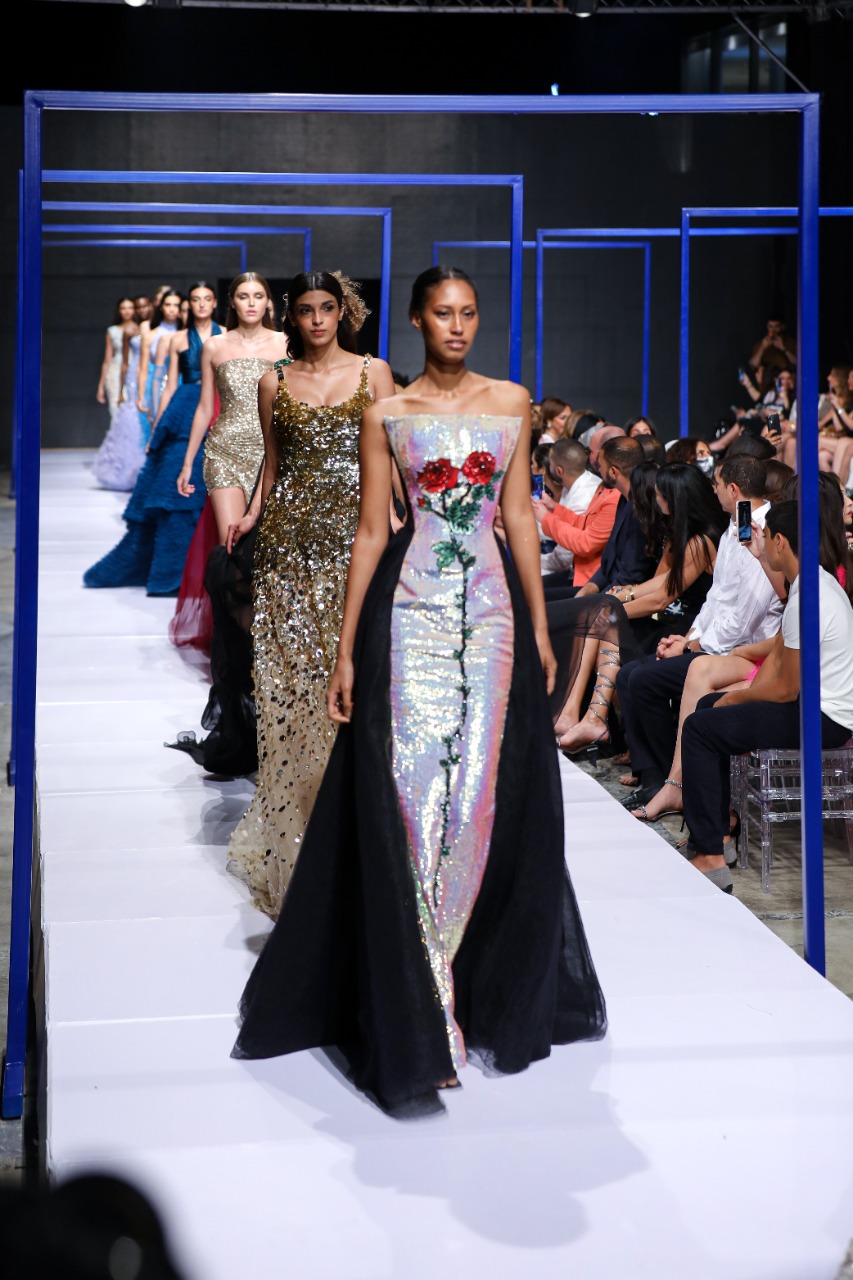 “I started on my own and I did not have much experience to depend on. The past 10 years were quite educational to say the least. Everything I have learnt along the way, I learnt through trial and error.” Kadi adds with his usual smile “I did not work at anyone’s office or atelier prior to establishing my namesake brand so I had to learn how to create a brand; whether on a creative level including how to create my own patterns and embroidery or on a business-centric level such managing the production logistics, marketing, employee affairs, etc.” 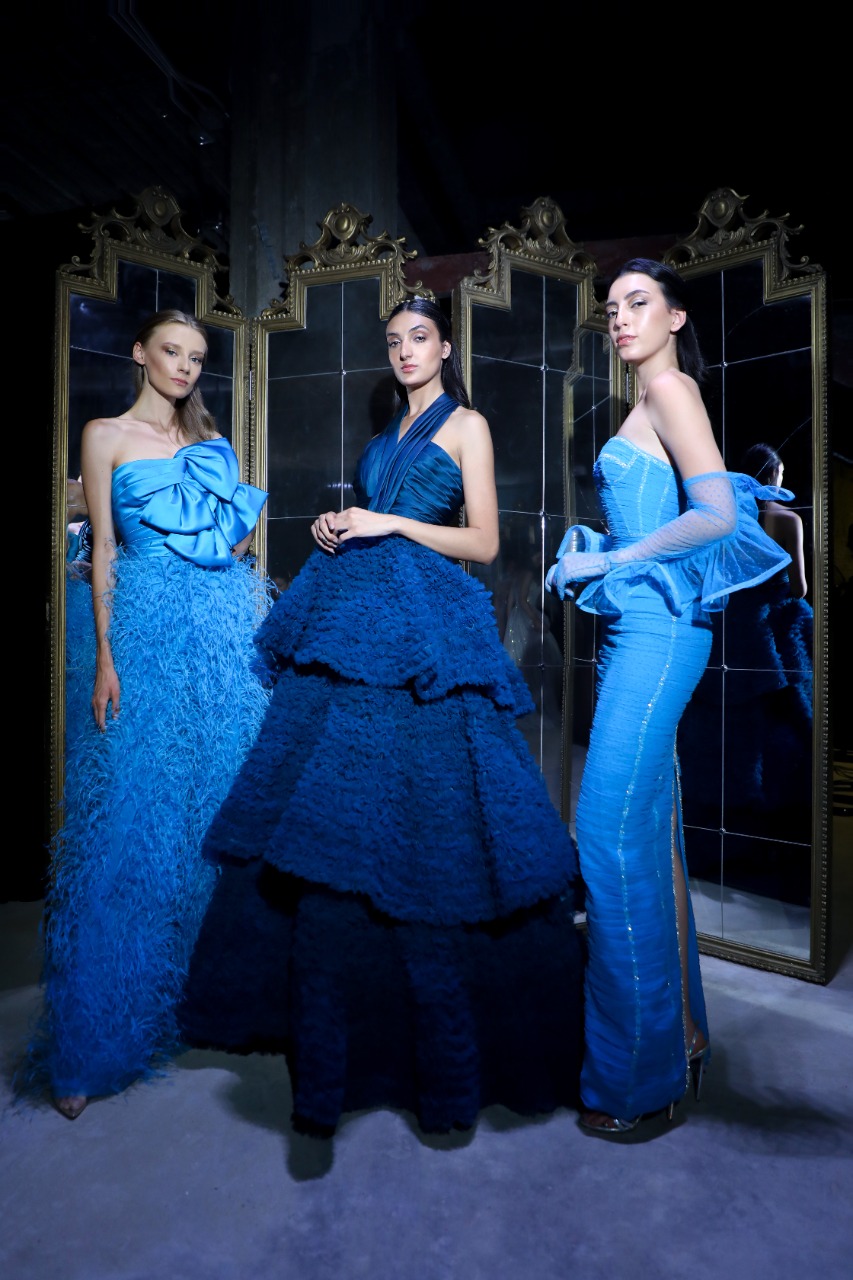 Despite being an inspiring real-life success story, Kadi believes that he had wilder expectations for himself and his brand at the beginning of his career. According to him, 10 years ago he did not quite fathom the amount of time and effort it would require to start and grow in the fashion industry. “It takes a lot of effort, courage, and knowledge to be able to completely understand what you are doing. So yes, if you asked me this question 10 years ago, I would have said that I would achieve more than what I have actually managed to achieve; starting with having a ready to wear line and being more present on the global scene.” Nevertheless, the designer is immensely proud of few milestones that have shaped his career as we know it today. As the designer best describes it, the day Myriam Fares attended the Murex D’or 2013 wearing one of his dresses was the day people truly met Rami Kadi for the first time as it attracted unprecedented media coverage, exposure and feedback. Undoubtedly, the designer considers his second milestone to be when he started showing his collections during Paris Fashion Week; competing with other Lebanese and international designers. Last but not least, Kadi’s third monumental turning point was when Kendell Jenner wore his dress to the Vanity Fair Oscars after party. 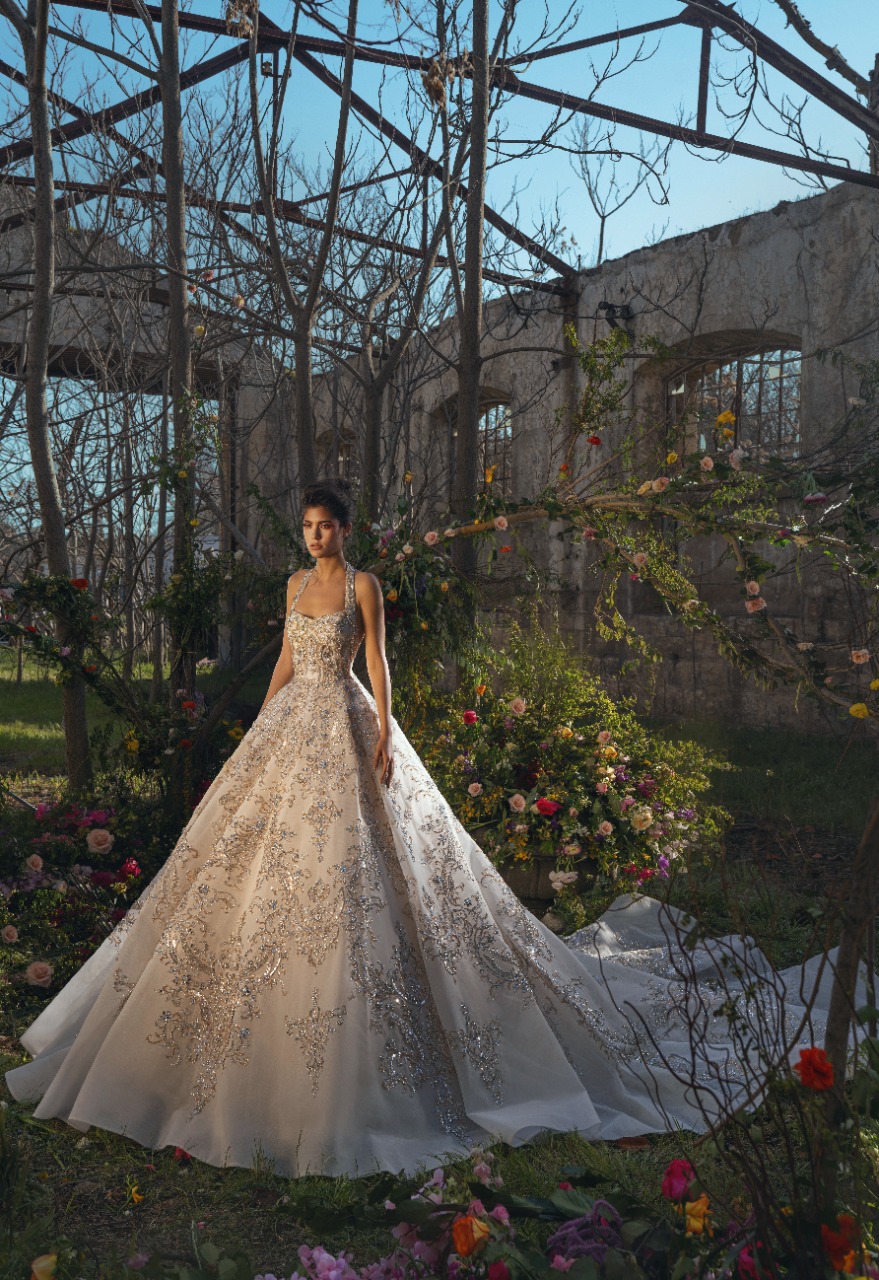 A UN Environment Programme goodwill ambassador, Kadi’s road to realize his dreams has been paved by his firm belief in verbalizing the conversations that matter to him through vivid fashion-forward expression. “Fashion has always been a tool of communication. People constantly send messages through fashion and it has evolved throughout the years in parallel with the events taking place across the globe. Recently there has been an evident shift in favor of sustainability and environment-friendly actions. The truth is that our world is getting ruined by waste, non-recycled plastic and fast fashion.” A motivator of change and experimentation, Rami Kadi became the first designer in the Arab world to organize a cyber-show at the beginning of the pandemic and mandatory quarantine. Moreover, the visionary designer’s maison du couture was the first to create a dress fully made out of recycled plastic; including the threads, the sequins and the fabric. “What truly worries me now is the growing importance for designers to further embrace sustainability and to take real actions. The world is suffering; fast fashion, dresses that are discarded after being worn only once, severely cheap labor, and bad quality are producing massive amounts of waste and causing multiple irreversible problems.”

When asked about what he would wish for the coming 10 years to bring forth, Rami Kadi does not hesitate before stating, “I would love to have a line that would allow me to express my creativity and admiration for architecture – maybe something that has to do with interior design.”