Radiating confidence and grace, similar to the starlets of the golden age – she naturally captures attention with her unwavering smile and luminous eyes. After two decades immersed in the world’s most glamorous industry and few bold life-changing decisions, she has managed to cement her positioning as a skilled shape shifter with the ability to become other women on demand. Dorra Zarrouk is a honed talent, widely celebrated across the Middle East. The seasoned actress is a profound storyteller that finds true solace when diving into unorthodox characters. Currently wrapped up in the shooting of El Kahen “The Priest”, a film directed by Othman Abo Labn and written by Mohamed Nayer – Dorra Zarrouk is already amidst a personal challenge as she delves into the action genre along with a star-studded cast made of Eyad Nassar, Mahmoud Hemeda, Fathy Abdel Wahab and Hussein Fahmy. Adding another strong character to her collection of captivating women, her bold choices of roles are often praised to the sky by both critiques and fans.

Nevertheless, her decision to restart her career at a new country away from home remains to be her boldest choice to date. “On a personal level, it was not easy to move to another country alone with no family or friends, while also having to establish a career in a challenging industry” Zarrouk adds with a nostalgic smile overtaking her features “at that point I already had a strong and growing career in Tunis, yet, when I first came to Egypt, I had to start over from square zero. Despite the fact that my career was doing alright, I knew that this was the right step at the time.” According to the acclaimed actress, her ambitions surpassed domestic productions and her eyes were already set on regional fame. “I knew that those who succeed in Egypt, succeed everywhere else around the region. Egypt has a larger number of annual productions, simultaneously, each production’s exposure is much higher.” After years of nurturing a deep admiration for Egyptian cinema and drama, the actress was motivated to reintroduce herself to a much larger audience. It was in 2007 that the Arab audience met the actress as seen through the eyes of the late Youssef Shahin, her role in Heya Fawda “Chaos, it is” was not only a mean to pave her route in this new vast market, but, it also catapulted her journey to the frontline. 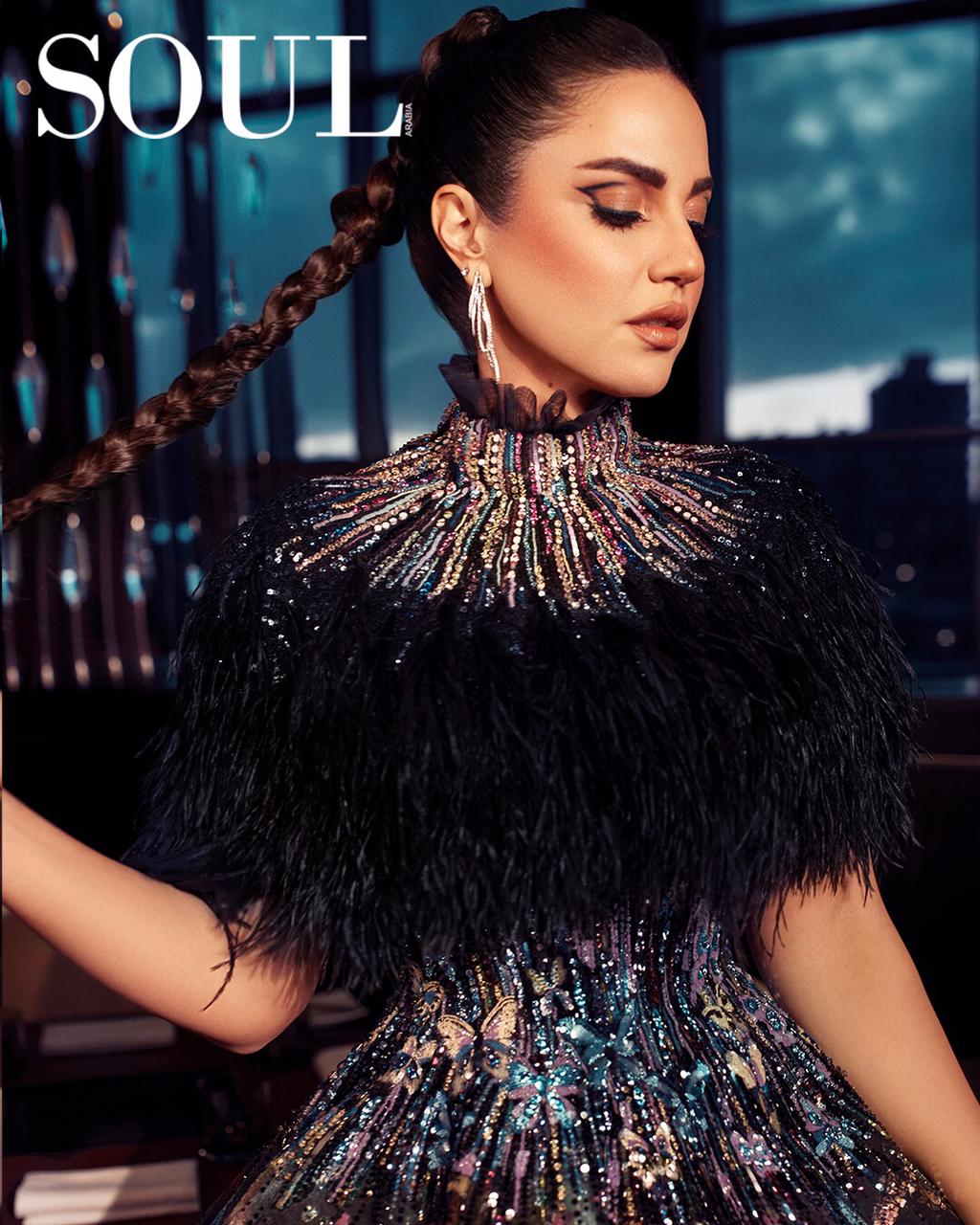 One role after the other, the chameleon surely welcomes every chance to exercise her passion for acting, metamorphosing into a diversity of women with different tales to unfold. “I always feel like there is more to be done, to be achieved. I still think that I have not fulfilled all of my dreams and ambitions. I do not think that I have reached the position that I aspire to yet. I have not expressed the full capacity of my talent and potential.” Despite her keen eye for good scripts and impactful characters, Dorra Zarrouk admits that she still approaches every new project with calculated steps and underlying fear, stating that every role feels like her very first role at the beginning of each production. “After almost two decades in this industry, I actually weigh my options more cautiously than before.

At the beginning, I was new and it was easier for me to capture attention with good work. But, now it is more complicated.” The actress explains passionately “to constantly present something new, develop your skills and eventually create something that is better than everything else you have done before is never easy. Now you are held to very high standards due to the expectations formed by the audience.” According to the actress, those at the beginning of their career usually think that breaking into the scene is the ultimate goal, however, the real challenge is to build a long-lasting career; something that Zarrouk had to learn and master with time. With the region’s wealth of female filmmakers constantly prospering, the silver-screen darling believes that having a signature personality is the right method to make a long-lasting impression as an industry freshman. 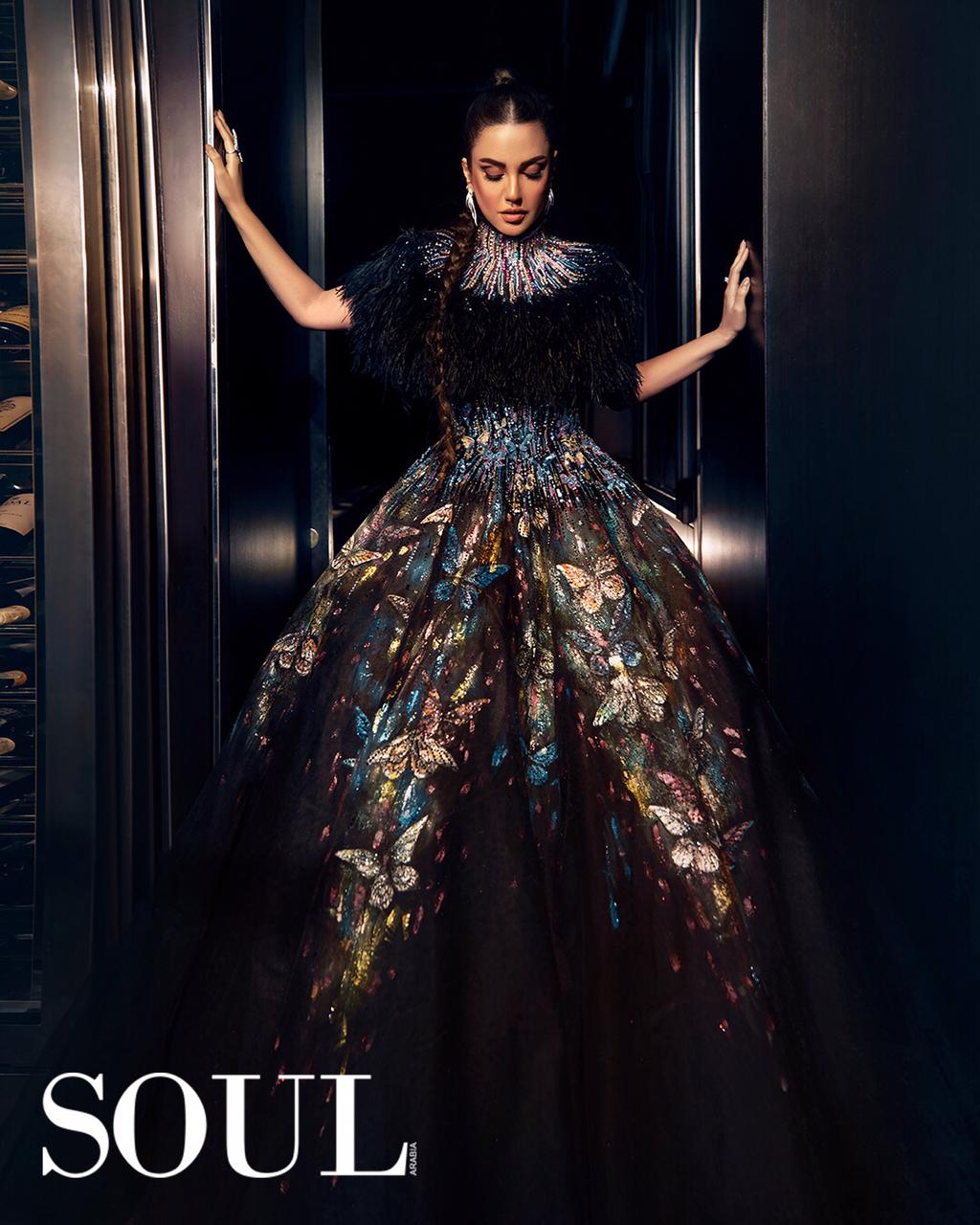 “Those who have a unique artistic persona manage to succeed and find their niche. However, those who copy would always be restricted to a very mediocre positioning. If you aim to launch a career in this industry then you must bring in something new and different. Your work must eloquently speak of something different. Launching a career in this industry as an Arab female will never be easy, yet, we must not lose faith, deal with the challenge and aim to inspire positive change.” 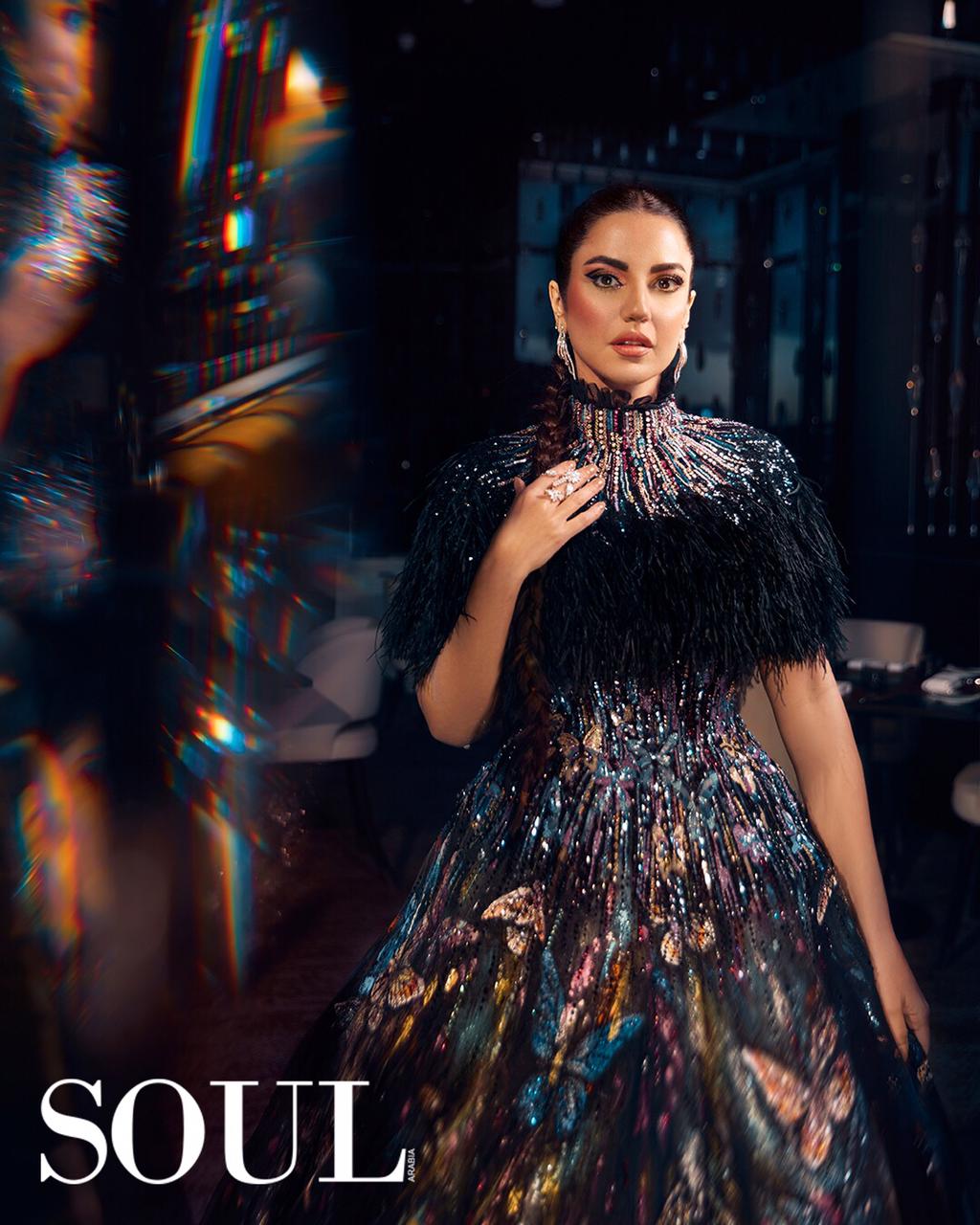 Looking back at her early start during a rather tender age, Dorra Zarrouk got her first opportunity at the age of 13, when an acclaimed Tunisian director launched a nation-wide search for a promising leading actress. Even though she grew up with an evident passion for the world of cinema, theatre, music and everything in between, it was her first audition that made her realize her calling. Despite the fact that she could not accept the role due to her father’s objection, she was forever tethered to this industry. “The scene I did for the audition ignited a deep passion within me. It was my first peek into this world and I instantly fell for it.” Zarrouk adds “naturally, I continued my education afterwards, waiting for the day I get to pursue my true passion. As I got older, I started to experiment with acting further. Theatre was the first real gateway for me. While still studying in university, I acted in few plays, tried contemporary dancing and even modeling.” Gradually, the young actress’s small roles led to a true turning point; a TV role in Hesabat w Akabat (2004) “Calculations and Obstacles”. The successful Ramadan production, paved the road to a series of roles in Tunis between theatre, TV and cinema.

More than 50 productions later, the actress has already proven her vast range and her contentious strive for more. Dubbed as one of the most beautiful actresses around the Middle East, Dorra Zarrouk is well aware of the positive and negative impact of such classification. According to her, throughout time, people have always expected leading actresses to be beautiful, as they are naturally more attracted to pretty faces. However, beautiful features can also allow a space for versatile roles if these features were to be utilized smartly. “While many roles might require a beautiful actress, no one should depend solely on physical features. Some roles require extreme transformation and features-altering makeup. Remaining flexible to cope with each role’s requirements is essential.” Zarrouk continuous “on the other hand, some people might mistakenly underestimate an actress just due to her beautiful features; labeling her as a good face with no worthy talent. This requires additional effort to prove actual talent.” 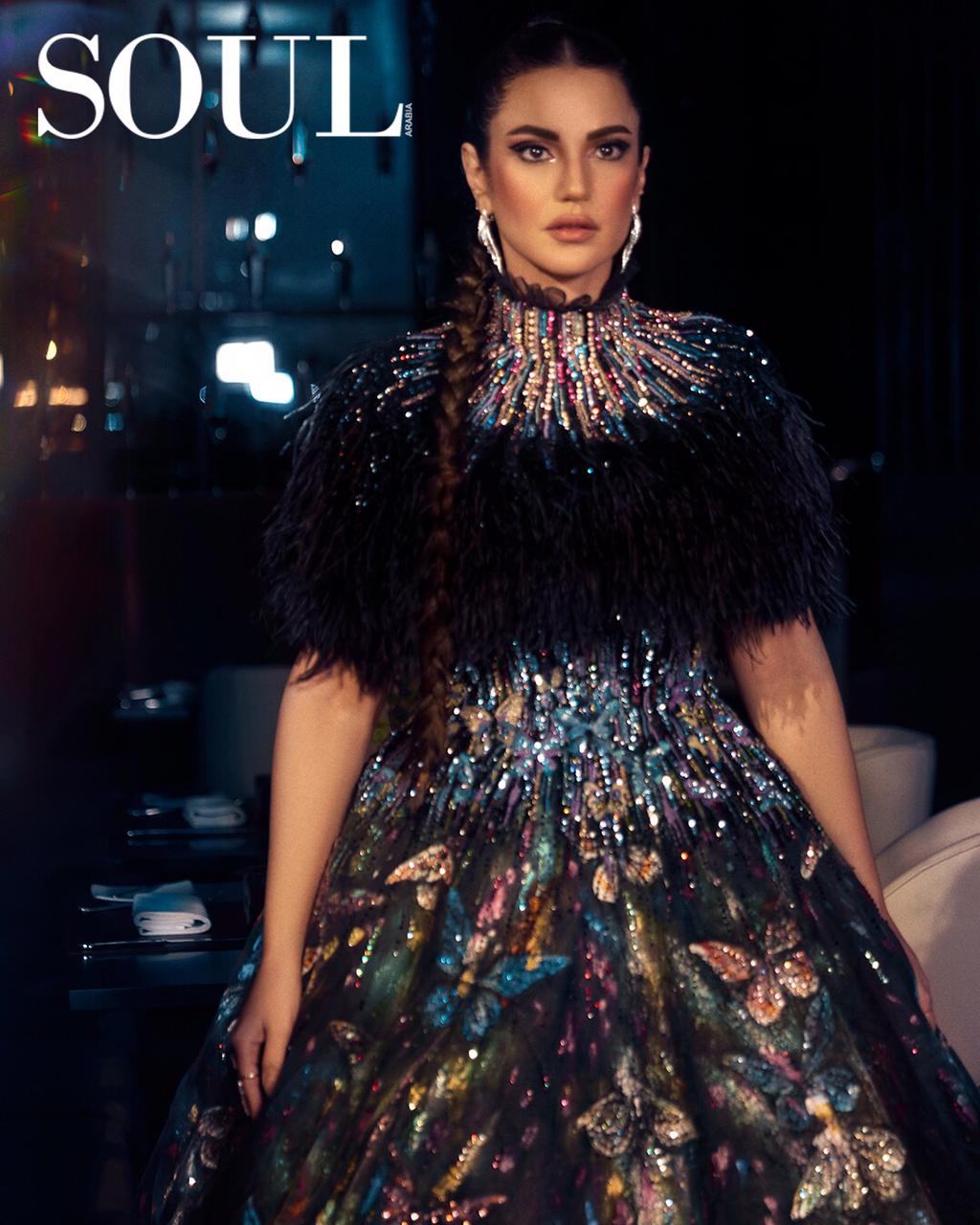 A true connoisseur of artistic expression, the actress is already working towards her long-term vision. Admitting to be her very own most analytical critique, Zarrouk judges her work meticulously as she works towards trying harder, becoming better and creating something that is different. “I hope that one day, people would look at my career in retrospect and realize that I have portrayed very diverse roles and tried my best to always become better at what I do.”