Finding her way into the media sphere was no coincidence, it was a dream that had been planned from the start. As a child, she expressed her passion for the profession, by giving up the games of youngsters and preferring to imitate broadcasters, discovering people’s stories, asking questions, and arguing with adults. Her dream may not have crystallized in its early stages, but when she was old enough, she began to pursue it.

Jordanian media presenter Rahaf Sawalha  describes her media studies at the American University in Cairo as the most enriching experience, that refined her talent. The country, rich in culture and human interaction, accelerated her strides in this field and learned how to talk to the camera for the first time. While her fellows were groping their ways, Rahaf started at the age of twenty-two, working hard to realize her dream. She confirms in her interview with Soul Jordan: “I cannot say that I have encountered difficulties in my career, and it was not, of course, a bed of roses, but this field requires energy and great self-control because sometimes it may not give you the luxury of living your true age”.

The first steps of Rahaf’s career were through a successful experience on the radio, then she headed to present the “Helwa Ya Donia” program on Ro’ya TV, which lasted for six years. Every episode and every guest challenged her while trying to discover her media identity. In 2019, she started presenting the TV show “Nostalgia” on Amman TV, which was a turning point in her career. ” Nostalgia is the first television program that I prepared and presented, and it hosted prominent and well-known political figures, as they remember very important and sensitive matters, and through this program, I was able to use everything I learned at university and experiences I gained”, Rahaf said. Rahaf Sawalha is currently presenting the morning TV show, “Sah Seh”, On Amman TV with her colleague Nadia Al Zoubi, which enabled her to stay in constant contact with viewers and bring her close to their problems.

Rahaf Sawalha believes that life without passion in both relationships and work, is meaningless, but the gratitude and love of the audience is her motivation to continue and she genuinely adds: “Now it is easier to receive feedback from the audience via social media, they are the motivation to improve, as they care about every detail, whether it is related to my appearance or the content I present, but at the same time it is a daunting responsibility because although acceptance is a blessing, we must strive to use and maintain it properly”. 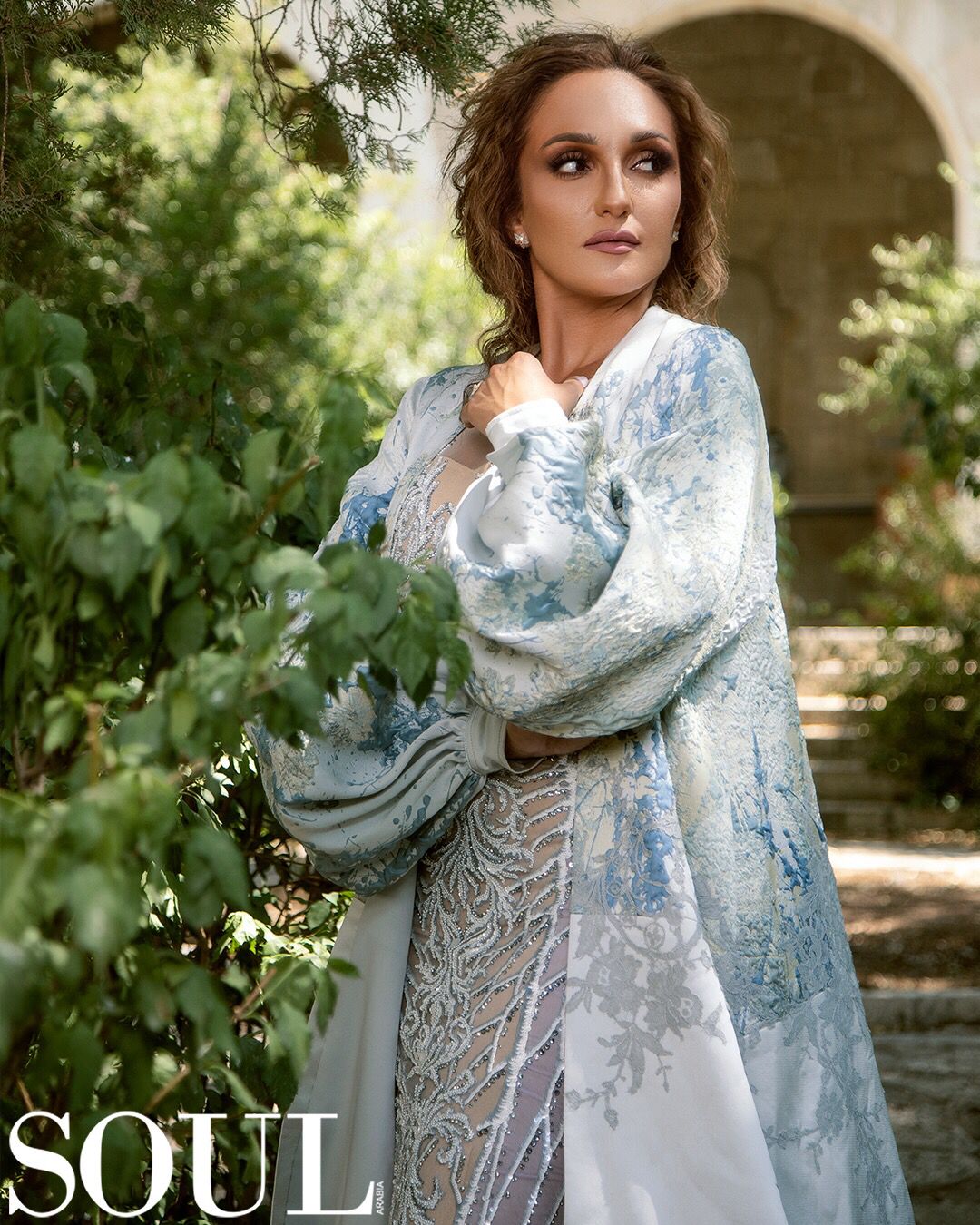 The radio paved the way for Rahaf’s success and gave her the opportunity to sharpen her talent and creativity in presenting, but despite the importance of this stage in her life, she asserts that television made her feel close to the audience, “The radio is a private and warm experience, and my first step in it was before the social media revolution. When the audience was not familiar with the broadcasters behind the microphone, so it was nice to accept me without knowing my appearance. Through the radio, I learned to convey feelings only through voice but I think that TV became more attractive especially after changing and modernizing its content from the traditional”.

Maintaining consistency in appearance and content is an equation that any broadcaster can hardly hit. Although culture is an important tool, it is gradually disappearing in the Arab media in favor of appearance, Rahaf explains: “Many broadcasters focus on appearance and the number of followers on social media, and this is unacceptable because what creates a star is different from what the broadcaster needs to become well-known”. Rahaf adds: There are enlightened media professionals who change their methods in order to stay in the spotlight, I am not saying that we should lecture people, but at least to be honest when dealing with simple topics, turn to specialists, and not recall our personal experiences. Because our primary duty is to provide the audience with high-quality content”.

Rahaf believes that every woman should realize her abilities, especially since many of them reinforce the stereotyped image of women, due to their inability to face their fears. She confirms that Jordanian women have an active role in all media fields, whether in front of the cameras, in administrative jobs, or even in leadership positions, as one of the most important news channels in Jordan is headed by a woman. “We can literally discuss any topic on screen, with a great deal of freedom, and every day we open up issues that were previously considered taboo, but I hope we can focus more on mental health and discuss it in detail, which I will also try to do through my TV show,” Rahaf says.

Telling which is which, Rahaf Sawalha can easily distinguish the advantages of social media from its often misleading or useless content. She says: “The role of social media is undeniable, especially since their platforms are important to keep us present on the scene, but I am against the content presented through them, and there is nothing wrong with those who have a clear identity for entertainment, but sharing certain news to hit the trend or to spread rumors, is an unethical act, by people I consider bubbles with a short life cycle and will be filtered after a while because the viewer is smart and knows the truth about them.” 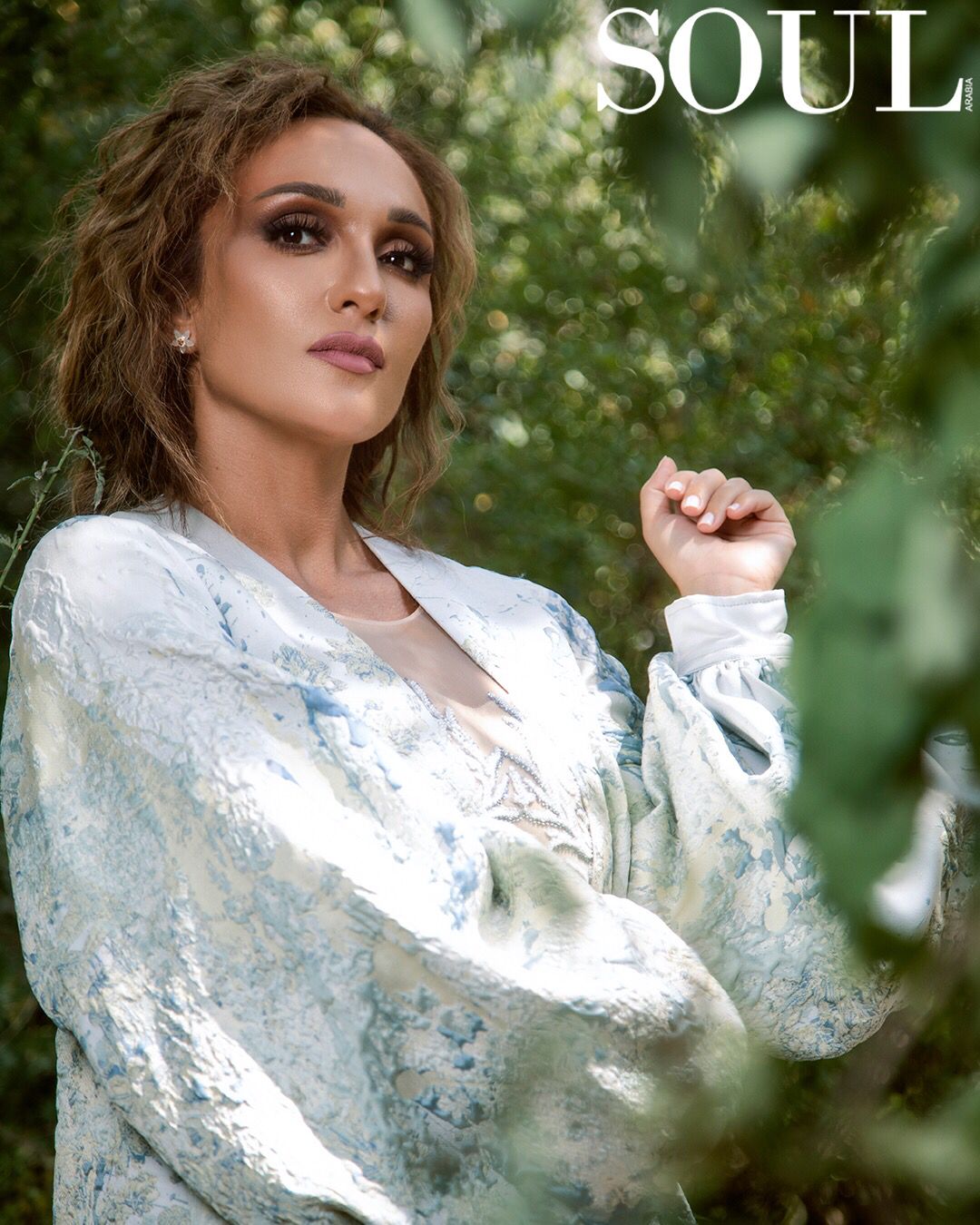 Rahaf draws her inspiration from many personalities, such as American broadcaster Oprah Winfrey and Egyptian Mona El Shazly. The latter has an easy, disciplined, and professional style, she respects all guests of different levels in the same way without prejudice and managed to withstand the great media openness on a different and unusual TV show. Rahaf reveals: “I don’t like excessive philosophy, faking, or long introductions.” She adds, “I’ve learned from my career, tactful acceptance of others, self-control, presence, social and emotional intelligence. And if I was in another field, I don’t think I would have enjoyed these features”.

Having gone the whole nine yards to succeed in this career, the broadcaster is putting more and more pressure on his personal life. Rahaf recently faced a difficult situation, she says with clear emotion: “Shortly before my father passed away he had a health setback, as he had cancer. That was before my TV show “Sah Seh” was shown on the air, after which the doctor reassured me that I had no concerns and said I asked me to go to work, I went to the studio and was terrified, and when I started talking on the air, I saw my phone was ringing and it was my mom, so I was expecting the worst at that time, but I kept making the introduction until the break came, and it was the hardest 6 minutes of my life”. 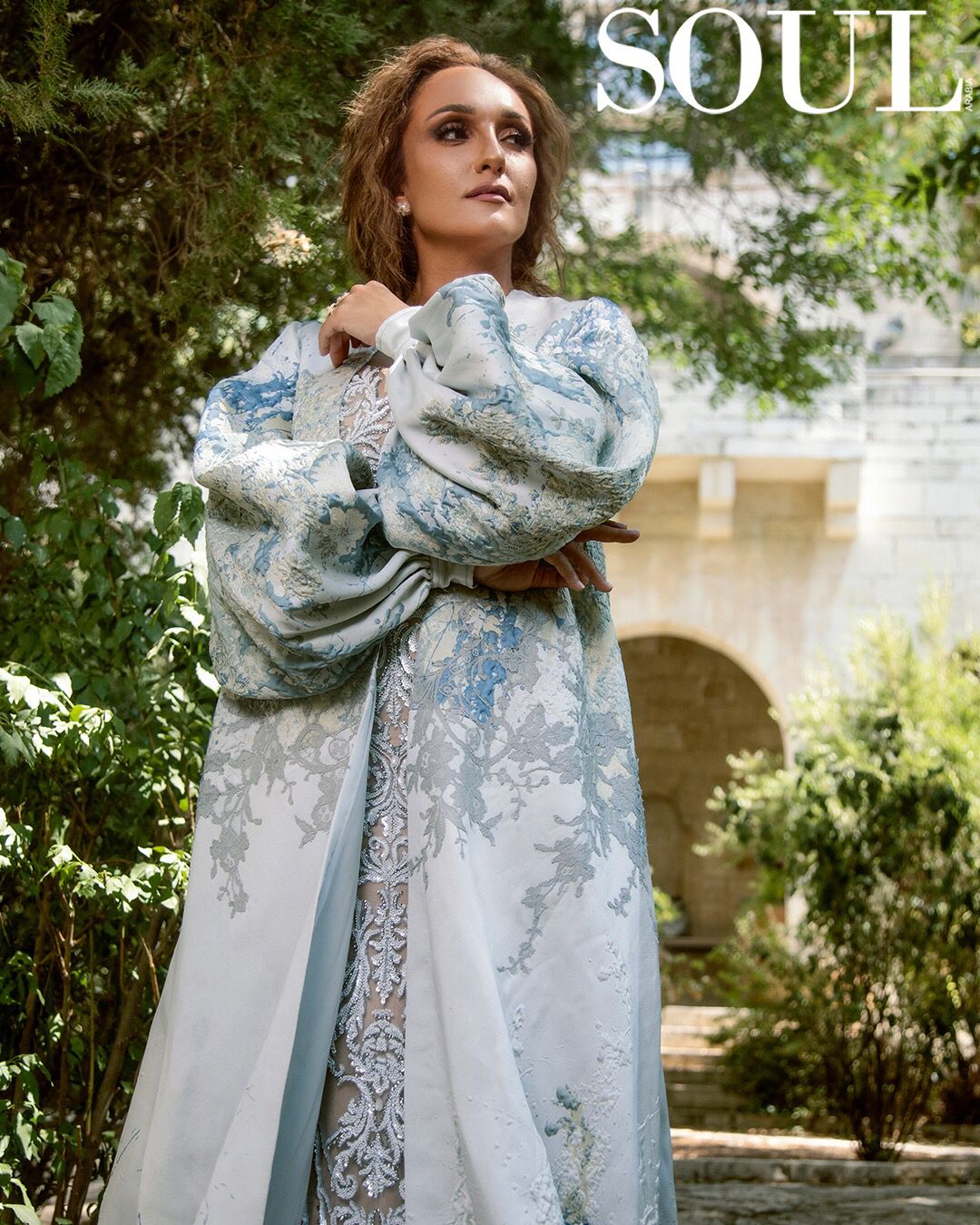 Many female broadcasters tend to change their course to acting. As for Rahaf, she confirms that she loved acting, but it is not a difficult profession in Jordan as it is in the media field, while she added that the idea is not completely rejected and everything is possible and she does not mind giving it a try one day on the condition that the story is similar to her life!

As a Virgo known for being a perfectionist, Rahaf’s personality is straightforward and honest, and her success lies in hard work and perseverance. She told us her favorite color is gold, the book she loved the most is Khalil Gibran’s book “The Prophet”, and her favorite perfume is Narciso Rodriguez Poudrée while confirming that if she could pick one of the superpowers, it would be flying!