It’s easy to have passion, but turning your vision into reality is a long road of hardship. Global games with a local flavor fitting the Arab community is a dream that led “Tamatem”, the Jordanian electronic games company to become one of the most powerful Arab companies in the emerging game developer market in the Middle East, but more importantly, it is an inspiring success story of its founder and CEO Hussam Hammo. For others, his dream was an adventure with uncalculated results, but he chose to trust his abilities and became more motivated to succeed in his new venture.

In his interview with Soul Arabia, Hammo shared with us how he got into he entered the field of entrepreneurship, how failure in the first experience made him insist on trying despite the difficulties in obtaining financing for his company, and most of all his firm belief that the video game market is the future, and although the journey was not easy, However, it was promising in the end.

Soul Arabia: Your first company, wizards, did not meet the desired success. Did you feel intimidated by the decision to start a new company after this experience?
Hussam Hammo: Of course, there was a lot of fear, not only of starting something new, but because I didn’t find support from investors who didn’t believe in the idea of ​​trying again, I think our main problem in the Arab world, is that we disregard the culture of failure and trying again. When someone fails even once, it reflects on them for the rest of their life, so I hope our communities accept the idea that a person does not always succeed, and has to persevere in trying, as the basic principle should be about learning, not failure and success in itself.
During my experience in Silicon Valley, America, things were different, some companies get huge investments and then close without looking at them with a negative mindset, but for me trying to get financing at first was difficult and I worked hard to convince investors, so I eventually had to switch to this American Accelerator which has been an important shift in my career.

Soul Arabia: How did the idea of ​​creating “Tamatem” begin?
Hussam Hammo: When I created Wizards, I was convinced we had a great opportunity in mobile games, but the company was in a tough position back then in 2011, iPhones were in their infancy, and most people didn’t realize how to build a business out of online stores, but I thought It would spread quickly in the future, and I had to take this opportunity, which is what prompted me to start the idea for Tamatem.

Soul Arabia: Tamatem was the first Arab company to receive an investment from the Startup 500 program in Silicon Valley. How was this supportive of your project?
Hussam Hammo: It was a tremendous support, as my priority was to learn new things and interact with entrepreneurs of different nationalities. Through this program, I first met people from China, Japan, and South America and learned about different cultures and how each of them works.
I am patient, persistent, and always ready to put in a lot of effort, but this experience made me realize that I am also a successful entrepreneur, who can compete with the most skilled people, and that I have been able to build a thriving business. As Arab entrepreneurs, we can compete with all nationalities, as we have everything needed to succeed, and this has helped me build excellent self-confidence.

Soul Arabia: Did you expect this success and how did you develop this project?
Hussam Hammo: Honestly, I could see success from the beginning, because this move was not for fun, as I was determined to reach my goal, especially after the failure of my previous company. I had to prove that it was not a new adventure, be it friends or family, they were wondering why I didn’t get a job like others with a fixed salary, so I had no choice but to create a successful career. It wasn’t easy but I was sure the company would work and it would reach more than I have today.

Soul Arabia: Tamatem has multinational partnerships and has attracted huge investments. Does this indicate the development of its services in the future?
Hussam Hammo: During the past years, we only worked on publishing global games, and never developed a game from scratch, because content production is expensive and may not be successful, but today Tamatem has a special studio with developers and designers and it will expand more and during the next year we will launch an academy for training in game development and design, the first in the Arab world, which will help grow this industry and take it to a new level, especially since we have a very limited number of gaming companies. 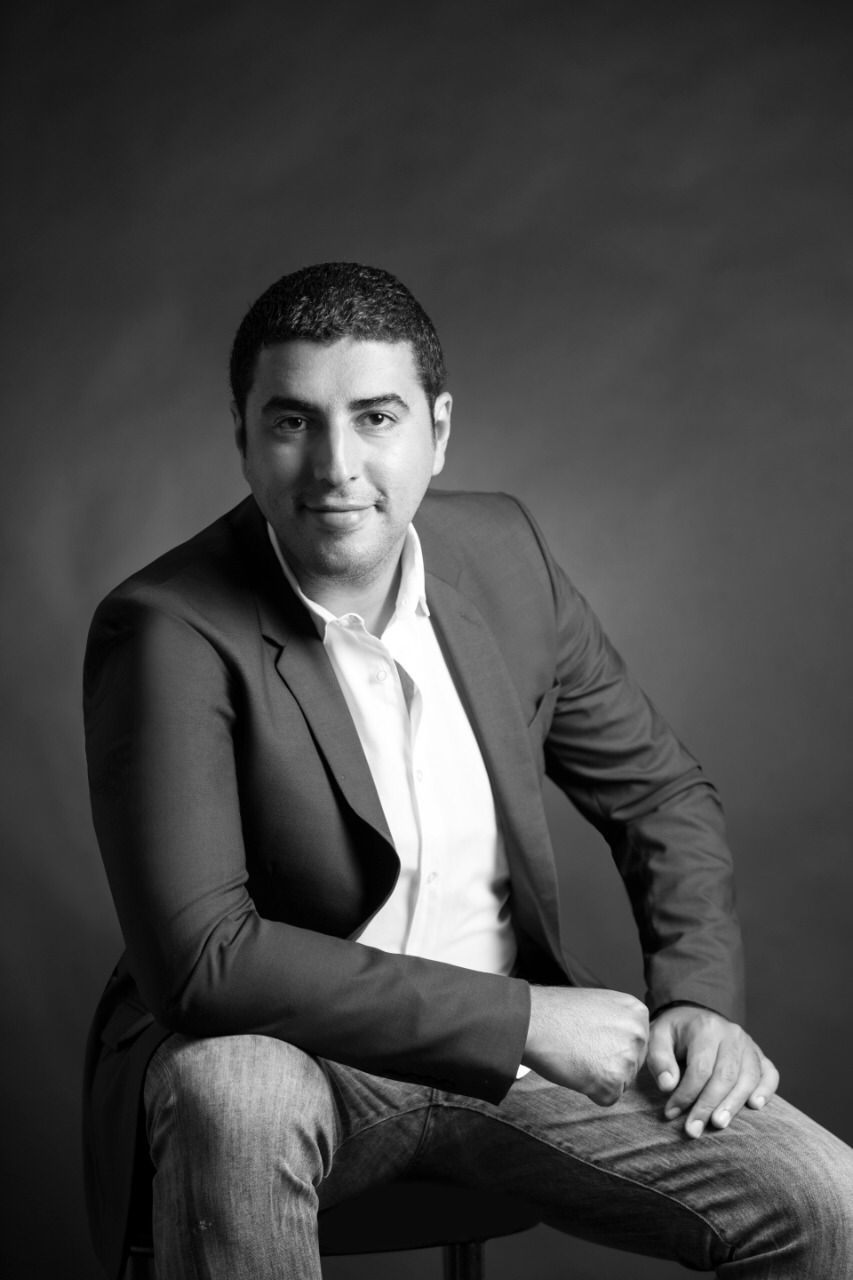 Soul Arabia: Was it difficult to localize global electronic games and adapt their content to fit Arab culture?
Hussam Hammo: Certainly easier than developing from scratch and they have greater opportunities to spread, but this process depends on some factors in order to achieve success in the Arab world, first finding the right game, where there are limited options suitable for our culture, a professional team that can adapt the content at the local level and finally good marketing, as well as the need to measure the numbers to ensure that they will generate a financial return compared to what is spent on the game.

Soul Arabia: What is the volume of consumption of mobile games in the Arab market compared to the countries of the world?
Hussam Hammo: The Arab market currently represents from 2 and a half to 3 billion US dollars annually, which makes it almost the fastest growing market in the world in the electronic games business, while the growth rate in the American market reaches 1 and a half percent annually, and therefore there is a great opportunity to develop this field in the Arab countries.

Soul Arabia: Is there a great demand for Arab games? How do you estimate this percentage compared to the size of users in the Arab world?
Hussam Hammo: Since the establishment of the company we have been trying to convince users that the Arabic content is adequate, because there is a prevailing belief that it is of lower quality than foreign, and this idea is of course reflected in the field of games as well, and when we provided a high-quality experience, there was resistance to our service in the beginning, although most Arabs are not fluent in the English language, and they need content in their mother tongue, especially with the huge growth in the electronic games market, which reaches 15% every year, and since we started our company until now the market size has doubled by 100%.

Soul Arabia: How has the spread of the COVID-19 pandemic affected the electronic games market?
Hussam Hammo: It has had a positive and even tremendous impact on both the gaming industry and the entertainment industry, especially electronic applications. Quarantine made people turn to the internet to see and learn new things and changed their attitude towards mobile games, those who were never attracted to games became strongly attached to them, which led to significant growth in our sales over the past year.

Soul Arabia: What are your most popular games?
Hussam Hammo: The most prevalent game in Tamatem is the “VIP Baloot” game, which targets the Saudi market in particular and the Gulf in general. It is a 5-year-old game that has succeeded greatly, and the second game is the “Queen of Fashion” for girls from everywhere in the Arab world and has been downloaded more than 15 million times. While we recently launched “The King’s Challenge”, a strategy game in which prominent figures such as Salah El-Din and Richard the Lionheart fight.

Soul Arabia: On what basis do you choose to localize a certain game?
Hussam Hammo: Everything is related to the numbers, such as the percentage of the in-game payment by every user per month, the number of people who spend time playing, the percentage of returning to the game after the first day of downloading it, there is a long list of information that we ask from developers. If the numbers of the original game are satisfactory after calculating the cost of marketing and development, it can succeed after localizing and reaching a larger number of Arab users.
We have a large department that analyzes the data and finds out whether the game numbers are good or not, and we go the extra mile to provide content that is relevant to our culture.

Soul Arabia: Why did you choose the company logo in the form of a tomato head?
Hussam Hammo: We were looking for an easily remembered name with bold colors, and when we started localizing and publishing electronic games we found that tomato as a name is the original Arabic word for Pandora, and it is similar to the same word in most other foreign languages, so it is consistent with the principle of localization that we take Something that is known all over the world but served with a local flavour.

Soul Arabia: What do you aspire to “Tamatem” in the coming years?
Hussam Hammo: We are looking forward to reaching all game developers in the world who want to enter the Arab market and publish their games so that Tamatem will be their platform to achieve this goal, and the same applies to Arab developers who want to market their products.