Well known for her eloquent portrayal of strong women, she has built a solid career on the basis of storytelling and honest human expression. Attracting a large audience from the ocean to the Arab gulf, her career milestones have been followed and praised by a diverse and attentive base of fans. Stephanie Saliba is a Lebanese force of creativity, with the ability to transform into multiple complex characters to bring fictional stories to real life. Being her sanctuary, mission and source of inspiration – acting is unquestionably Saliba’s passion.

Therefore, she is constantly on the verge of delving into a new world, following another dynamic character. Gearing up to another transformative experience, Saliba is already in the midst of bringing Leena to life. Portraying the role of yet another powerful woman, the Lebanese actress is currently shooting her newest project, Sanawat Al Jareesh, to be aired in Ramadan 2022.

The period drama is set to mark many firsts including the inclusion of a Lebanese actress in a leading role in a Khaleeji production. Focusing on the events of the second world war and the famine that took over the gulf region, the series promises to transcend expectations and take the industry a step further.

“I am delighted to be playing this role. Especially, that it is my first Khaleeji production and I will be the first Lebanese actress to take a leading part in a Kuwaiti production; something that means a lot to me. I believe that any artist must always be keen on addressing new audiences and expanding their spectrum of experience. Therefore, I consider this opportunity to be a turning point for me, especially that I also get to work next to Khaleeji stars, headed by the lady of the khaleeji screen, the iconic, Hayat Al Fahad.” The actress adds with undeniable passion “on the other hand, I am also happy to be taking part in a historic production as we all know that they are not as frequent as drama productions; therefore, actors often wait long for similar opportunities. I believe it will be a milestone; not only for me, but, also for khaleeji drama as it discusses a period of time that is rarely tackled.”

Being a tricky and specific character that is captured during extraordinary circumstances, Leena required very specific preparations. A task that Saliba took with the utmost earnestness. “Preparing was certainly not easy. I usually like to take my good time preparing ahead for any new role. In order to be able to create an independent character for each role, create its memory and give it its unique tools. Therefore, I work closely with the crew, the director as well as professional acting coaches. Given that I have started shooting the production, Leena is currently a reality for me.” 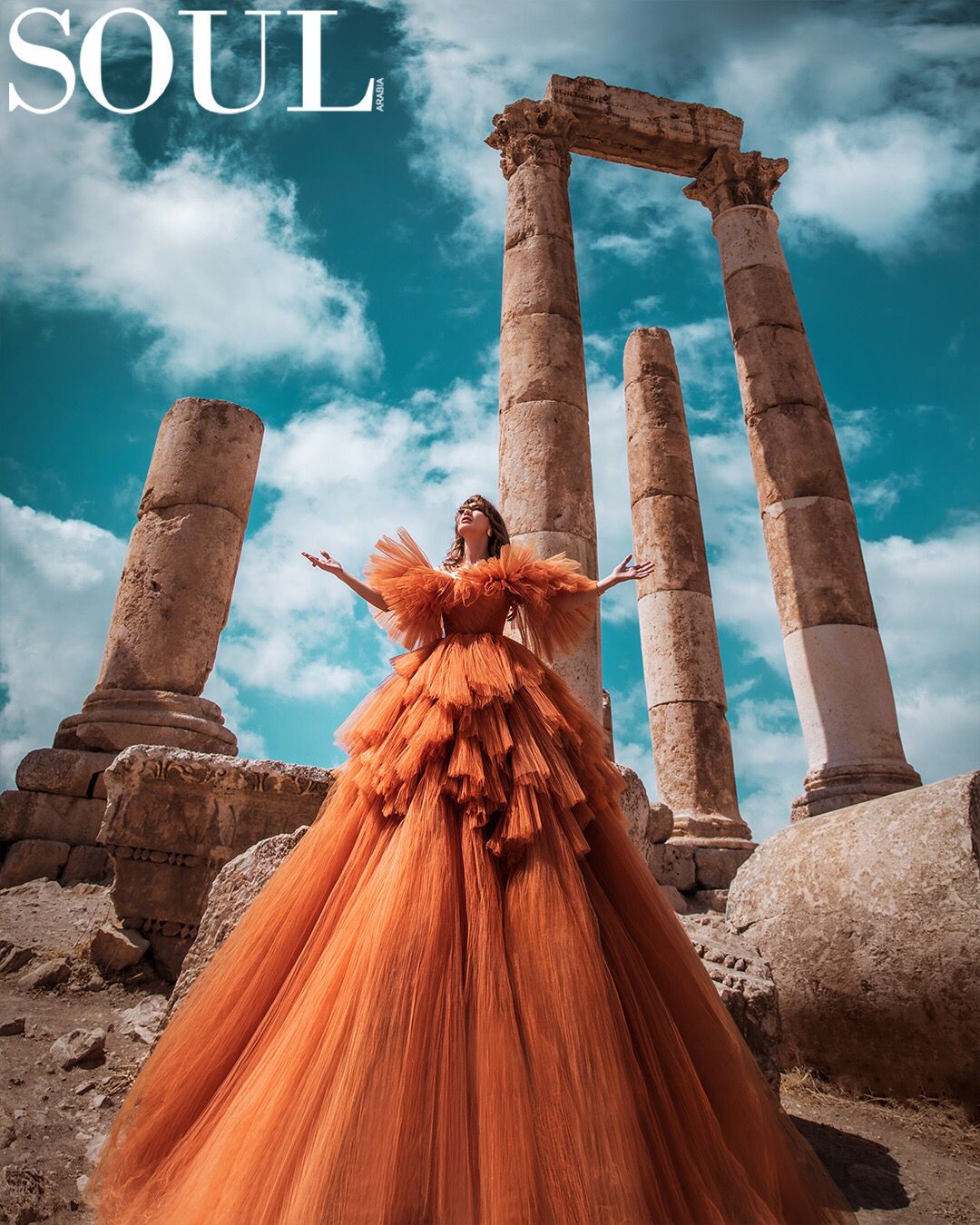 Destined to find her way into the illustrious world of drama and cinema, Saliba has always been attracted to the magic of performance; TV presenting, acting, and fashion. Even though, she never intended for these times of pure joy to become her fulltime occupation, her acting debut found its way to manifest. Landing a casting opportunity through a friend, Saliba’s future was suddenly paved and the rest became history. “I believe that everything in life always align to lead each person to the right direction. Everything I went through previously throughout my life has prepared me for this career in a challenging; yet, beautiful industry.” Keen on nurturing her inner strength and keeping her eyes focused on her ambitious goals, Saliba has managed to develop a routine that can help her attain her plans. Finding inspiration in the milestones and experiences she encounters on a daily basis; the actress often finds herself amazed at her own inner strength; constantly rediscovering it. “I do not think that I have one ultimate point of strength. Life manifests each person’s points of strength and help develop personalities forward. Being at the heart of a challenging industry, I am often told by those around me that my strength lays in my ability to balance my emotions and logic.” 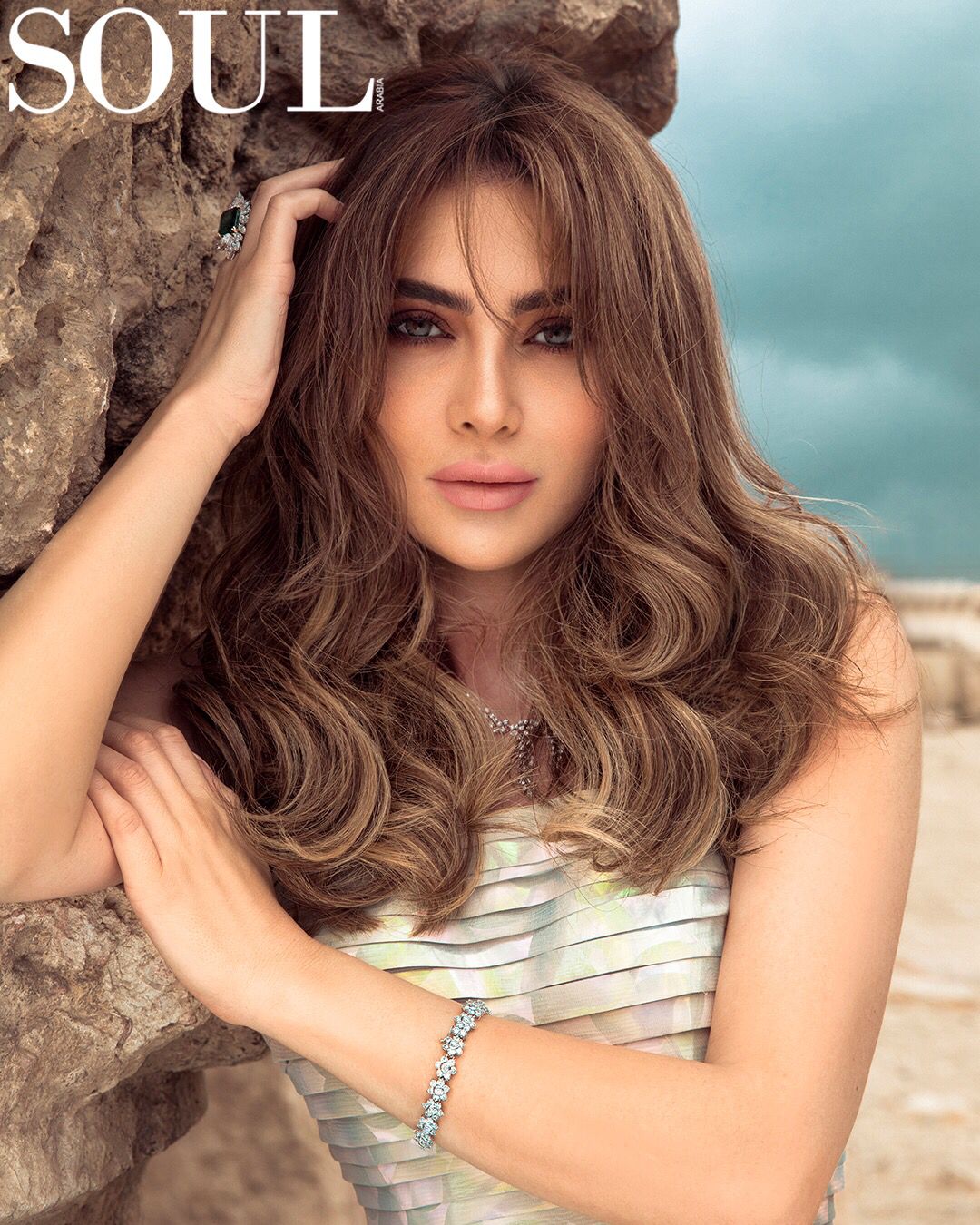 According to Saliba, being under the spotlight can translates into allowing people to give their opinion and project their assumptions on her personal as well as public life. Therefore, she believes that true strength in this industry is to be able to listen to what is being said without being negatively influenced and remain able to move forward and develop. With that in mind, she is always invested in fostering her inner strength, finding new ways to maintain it and feed it. “After many experiences, I have come to discover that a person can work on his inner strength and develop it. I am the kind of person that is adamant on self-development practices such as meditation and yoga. Moreover, my soul certainly benefits from praying.” The actress adds “in parallel, I believe that any person that wants to develop his inner strength in an industry that is as loud as ours must spend time alone. Personally, as much time I dedicate for my work, I dedicate some for myself; to listen to my soul and rework my strength. I am also keen on keeping myself surrounded by positive people that can recharge my inner power.”