A coping mechanism, a profound language, and a universal tool of expression – it is in time of hardship that the eloquence of design and fashion are most needed. While a pandemic managed to freeze the world for over two years, creatives across the globe resorted to their chosen methods of innovation to not only address the hardship at hand, but also process the accompanying emotional baggage.

Opening a window for second chances, revisiting the past and trusting in the future’s prosperity, an unconventional collection was born. Joining forces to unlock their collective potential and see beyond what lied in hand, designer Omneya Hussein and multidisciplinary creative Amaal Gabr decided to not create a new collection, but rather reshape one of Omneya Hussein’s previous collections. Aiming to realize a brighter future through a bold collection as well as a progressive photoshoot, the two powerhouses deconstructed the former collection only to put together a more contemporary interpretation.

Starting with a classic heavily embellished black dress, the two unlocked the true potential of their experiment the moment they stripped it from its heavy beading and started adding maxi ruffles that swayed with the wind. Before they knew it, their scissors cut through the previous collection only to give it a second and better life. Lighter, contemporary, and made to speak to the capable women of tomorrow – the new collection lives up to the duo’s intended goal. 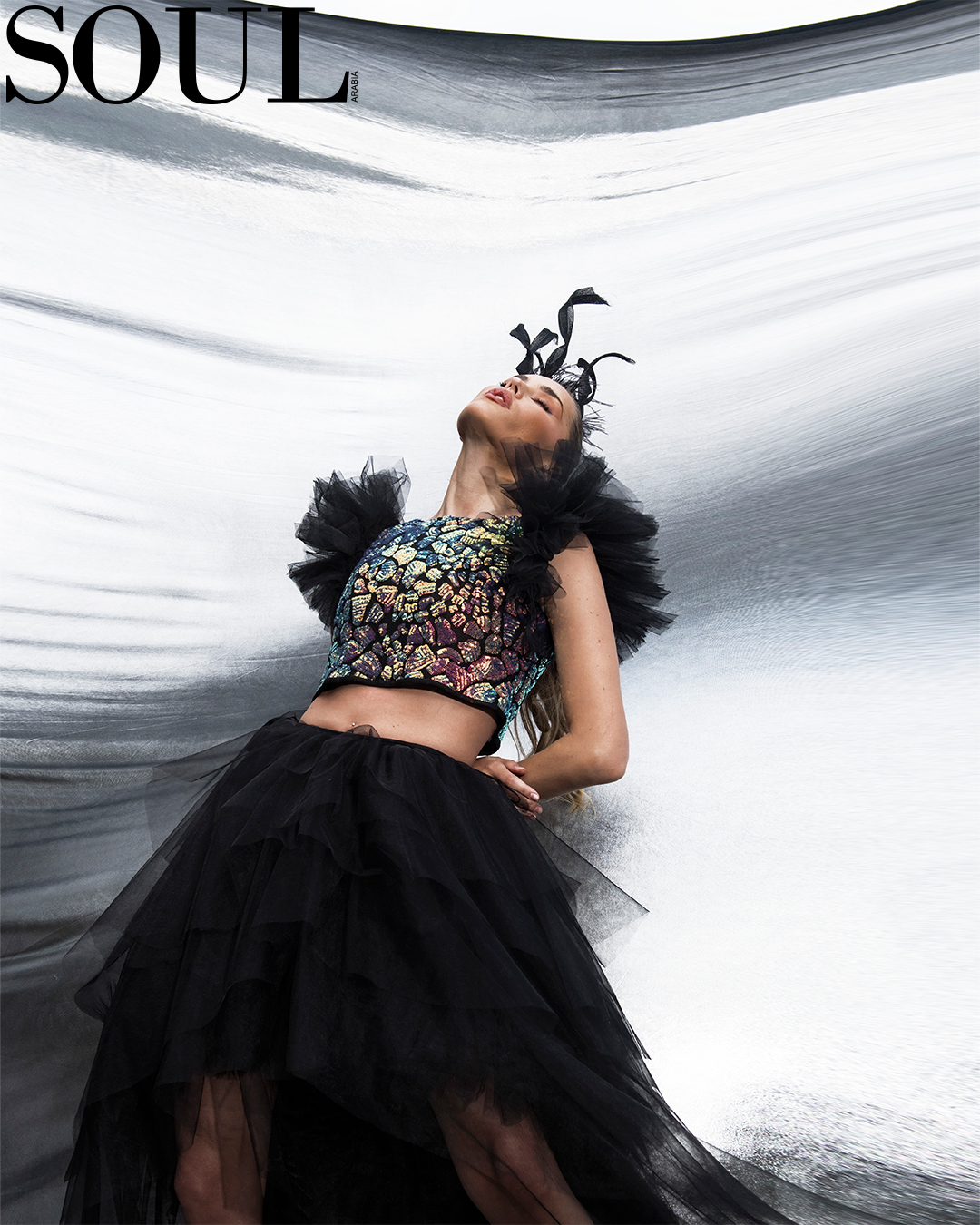 Naturally, the result contributed to the creation of a progressive photoshoot. While ruffles and voluminous silhouettes facilitated the delivery of a maximalist version of the future, Gabr’s chosen accessories did not shy away from achieving dramatic magnificence. Between the unapologetic feathers overtaking the headpieces and those embellishing what used to be minimal high heels, the result can be easily described as striking. 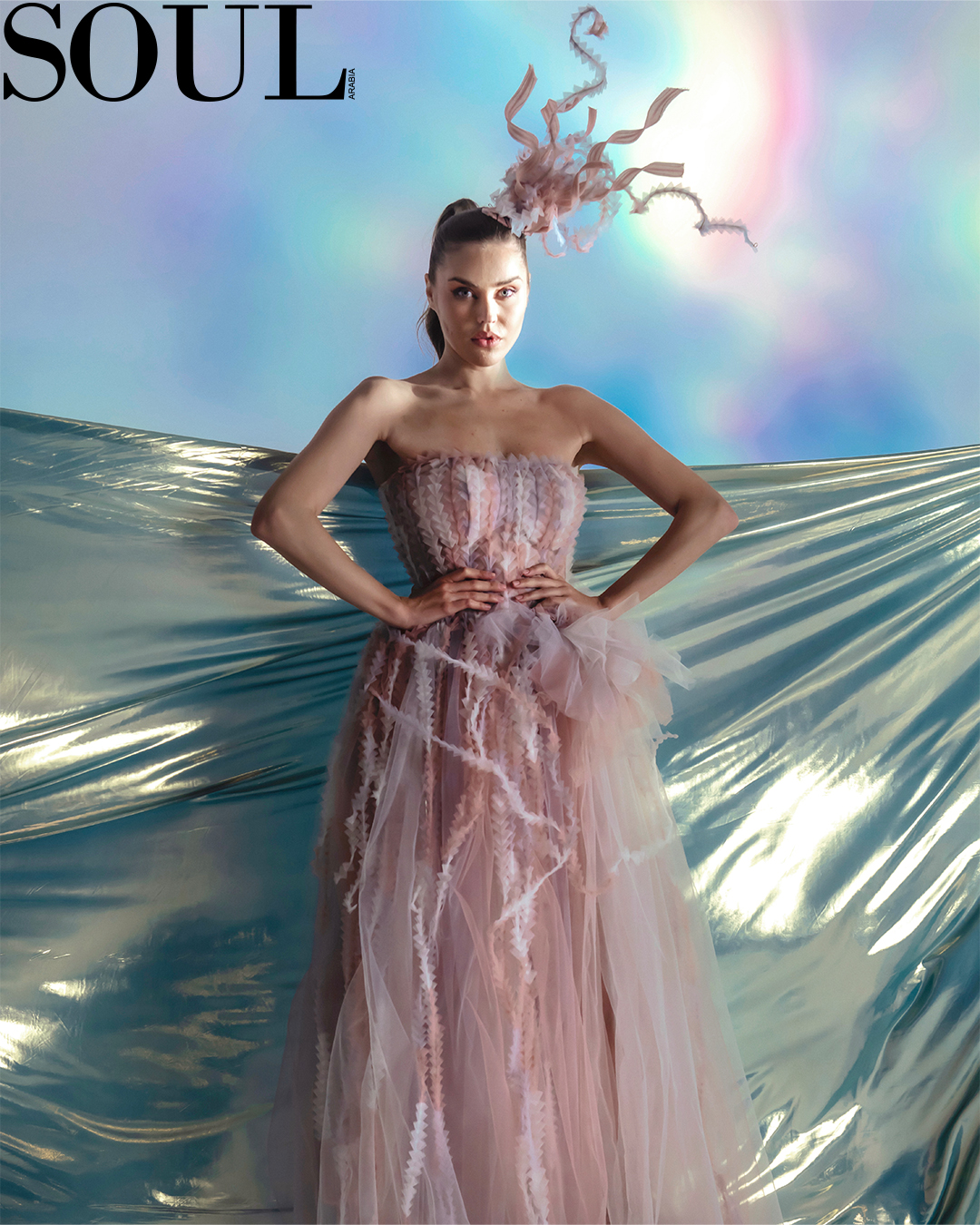 In parallel, the beauty details were utilized to convey the duo’s idea of a better future, one when people will be able to once again put on their most ambitious looks, step out under the sun and seize the day. With that said, the neutral makeup and sleek hair accentuates the shoot’s modern vibe and unbothered sophistication. 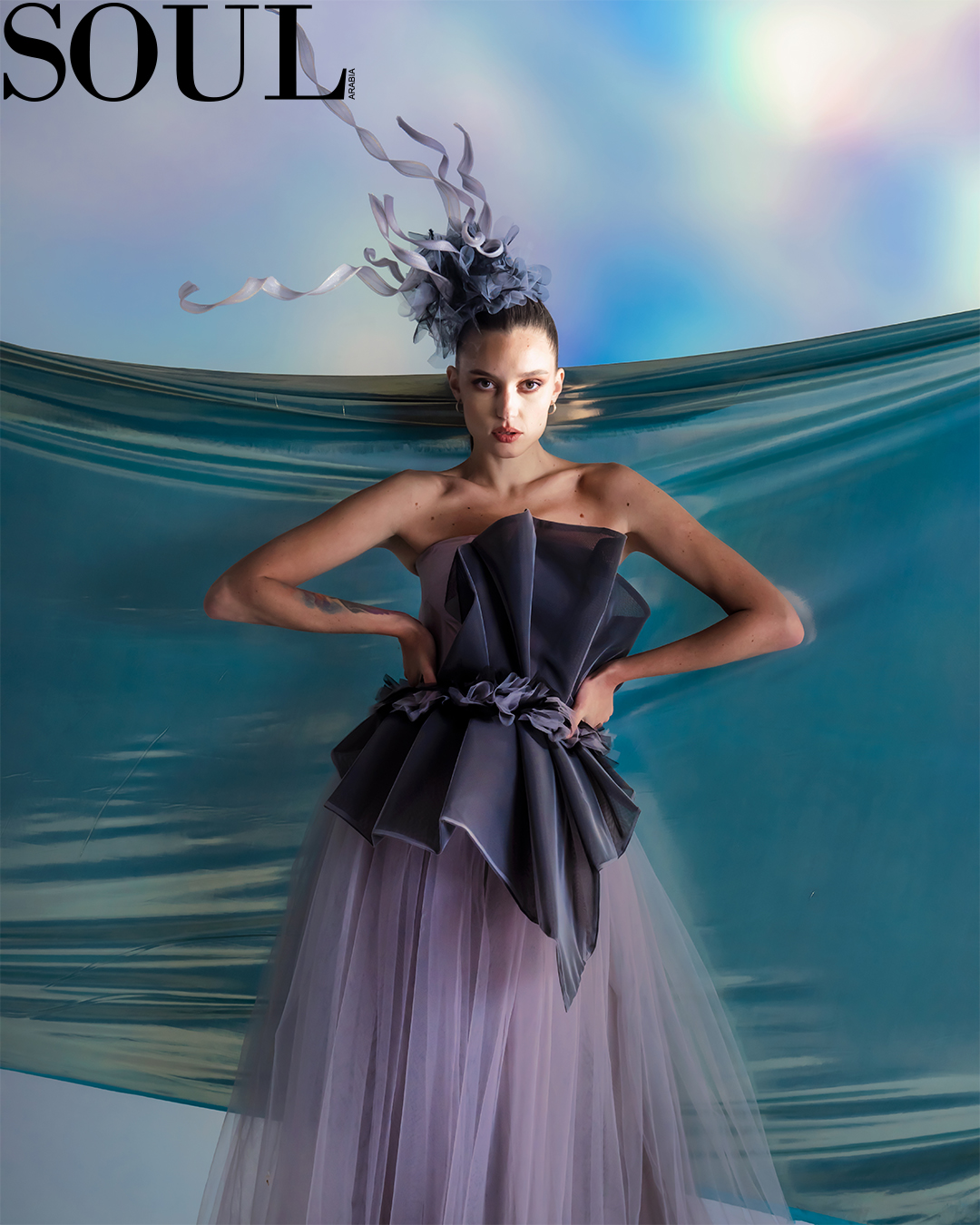 Walking into set with unconventional outfits and picturesque models, called for nothing less than a unique set. Pouring over each and every detail, Gabr was careful to not only do justice to the repurposed collection, but to also curate unforgettable images. Complementing set designs and backgrounds were created by the team to fully capture the future and its untampered beauty.