Fascinated by ancient monuments and distinct civilization, American singer Elise Libeck, better known as Amun Starr, decided to use Egypt as the home of her new artistic releases, while taking on the task of promoting Egyptian culture and tourism through music, photography, and fashion at the same time.

Amun Starr made sure that all her songs were filmed in the famous historical places and the wonderful monuments located in different areas of the ancient country that are rarely accessible. The American singer began filming a series of video clips, from the great pyramids of Giza, specifically in the tomb of the Great Pyramid of King “Khufu”, through the Champollion Palace in central Cairo, to her last video clip inside the pyramid of “Amenemhat III”. Or the black pyramid in Dahshur.

The American singer chose the name Amun Starr as her nickname as well as the title of the new album, and it is inspired by the ancient Pharaonic deities and is used as a name for the god of the sun, wind, and fertility of the ancient Egyptians. The album features ten different songs in English, which began in 2021 with the release of the first song, “It was just a kiss,” which was filmed on the Giza plateau and inside the tomb of King Khufu. The clip, filmed on the Giza plateau, portrayed a fictional world bearing scenes from the era of the pharaohs of ancient Egypt while narrating Amun Starr’s fantasy adventure with the god of death “Anubis”. Amun Star confirmed that filming the clip in the pyramids was no easy feat, as it took long hours of work in very hot weather, acknowledging that she wanted to show the audience how amazing this historical place is.

Amun Starr decided to take her next adventure to a new and distinctive archaeological site, the Champollion Palace in downtown Cairo, which is considered one of the most important landmarks in downtown Cairo, where she released her second song “I Tried to Tell You”, which was filmed inside the exquisite historical palace.

In one of the most famous archaeological sites in Egypt, the American singer released her last song “Goodbye”, which was filmed inside the pyramid of King Amenemhat, known as the Black Pyramid in the archaeological area of ​​Dahshur. 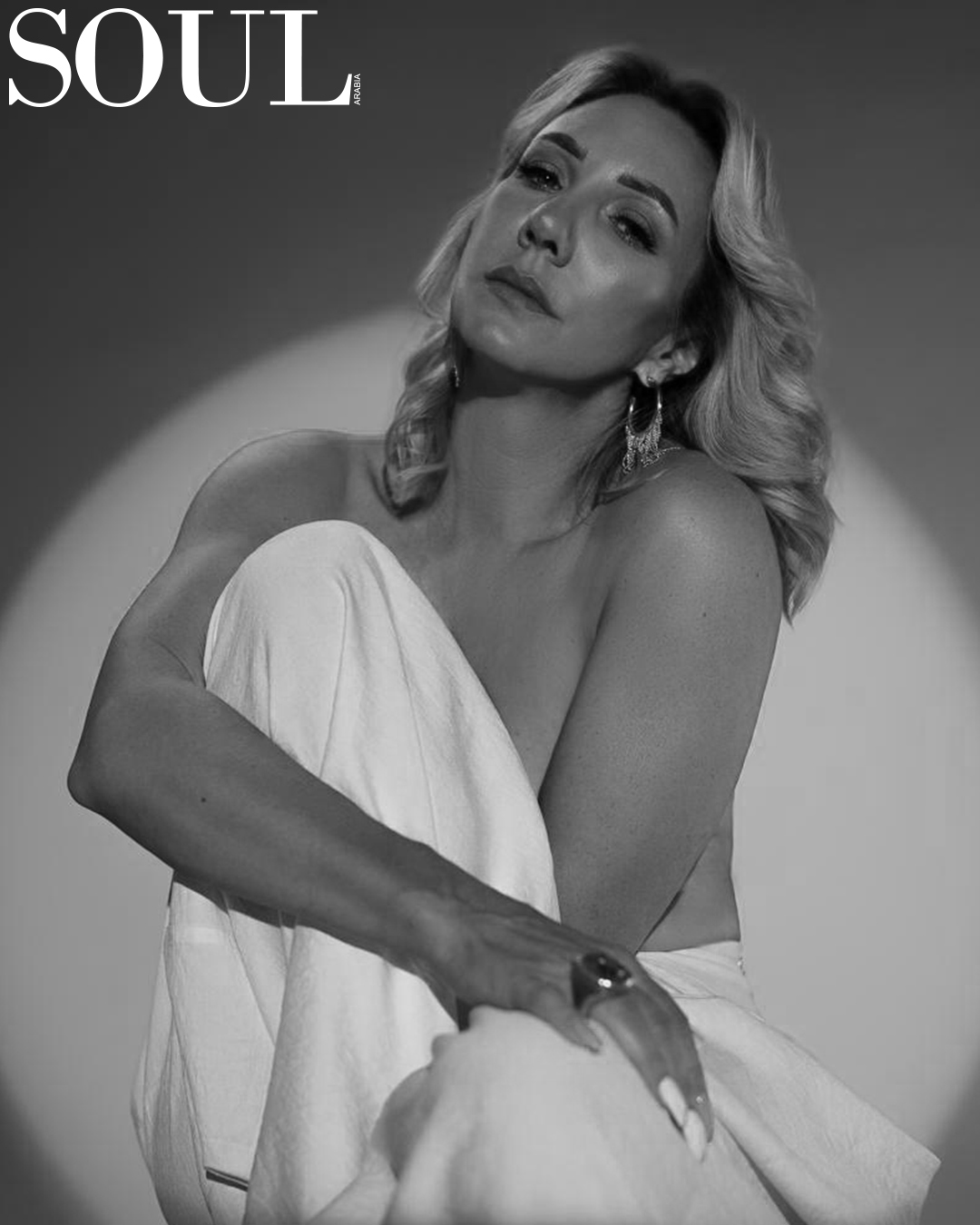 The latest contribution of the American singer Amun Starr in promoting Egyptian tourism was a few days ago through a new photo session of her with the belongings of the famous Pharaonic King “Tutankhamun”. The photo session stirred great interest and was highlighted in American newspapers. Amun Starr is collaborating on her new album with music distributor Yasser Hariri, to present 7 different remix songs to be released during the summer, while preparing to perform some concerts on the North Coast.

Honoring her remarkable work presenting the ancient Country as a safe and wonderful place to visit, Amun Starr has received several awards from Egypt, in addition to winning a 2019 Hollywood Music Award for an audio film made in Egypt. She is also the first and only singer to shoot a video inside the great pyramids. Speaking of the main difficulties that she faced during her artistic journey in Egypt, the American singer indicated that the biggest challenge to achieving a successful dream is finding the right team, stressing that she owes her success to her manager, Mohamed Refaie. Amun says, “Challenges happen no matter what, for me, the problem was that I couldn’t speak Arabic before I came to Egypt, and I still can’t understand everyone, but I can’t say that was a challenge because the music communicates but only on a higher level, so the biggest challenge has always been to make music in a manly-dominated world, and I had to learn to express myself in a way that would reach all audiences.” 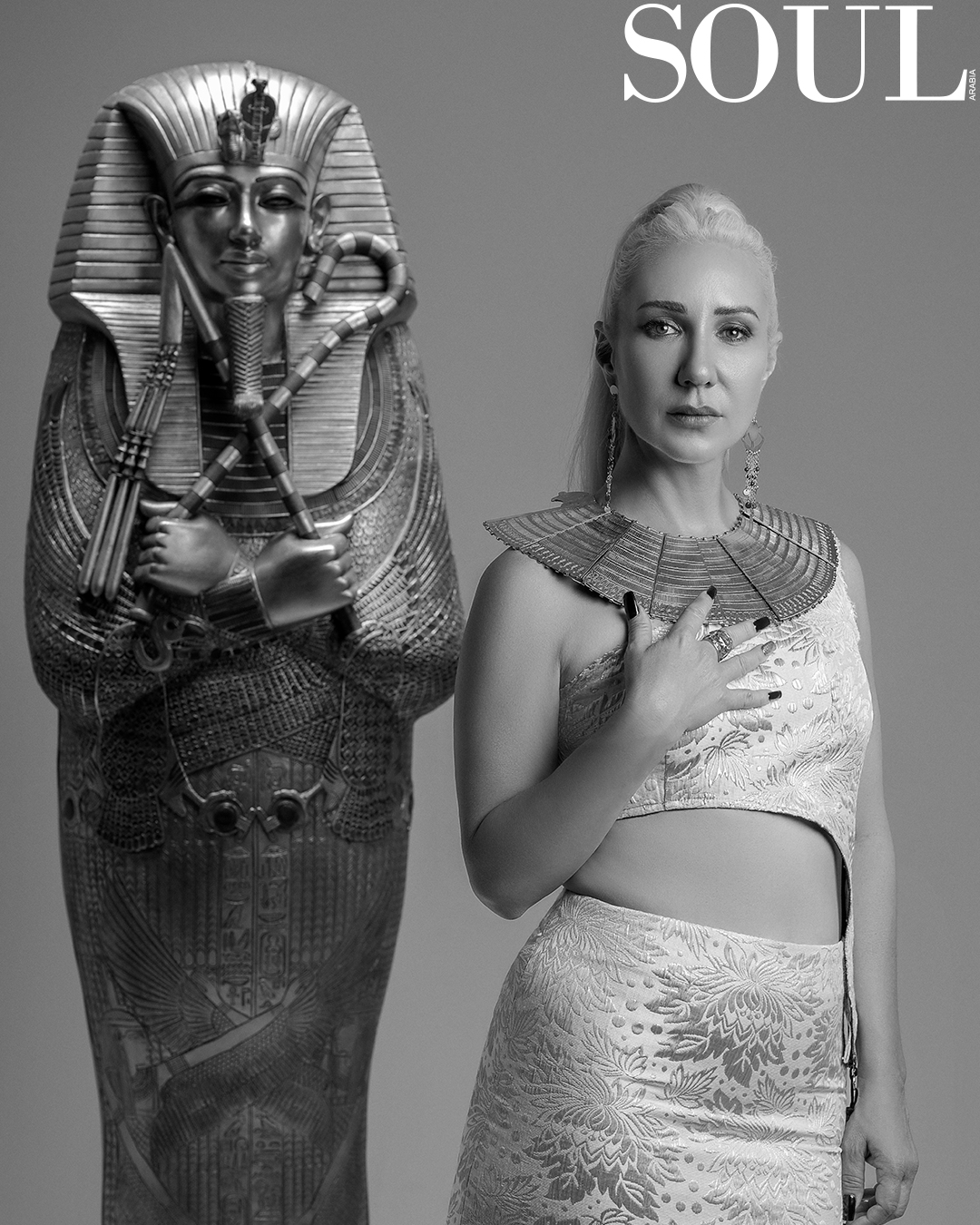 Amun Starr’s talent is not limited to singing, she also has a great passion for writing and recently released a book called “The Ka Method” that sheds light on her experiences and how the ancient Egyptian culture was reflected on her.

Before settling in Egypt five years ago, Elise Libeck began her successful career in her native country, the United States of America, and after changing her name to Amun Starr, her musical achievements were crowned by winning several music awards, including the Hollywood Music in Media Awards for Her song “We Are All Infected”, and also won the “Global Music Awards” similar to the Grammy Awards, for her album “Origin”, which included three Sufi songs with vocalist Mahmoud El. – Tohamy, in addition to taking a position in the Grammy Awards ceremony next year.